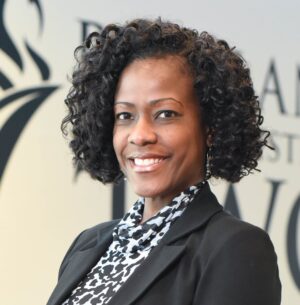 Barbara Turner serves as Director of Magnet Programs for Richland School District Two in Columbia, SC. She is the product of Emerson School for the Visual and Performing Arts magnet, which was one of the first of its kind in the state of Indiana. Emerson was developed in 1982 as a way to diversify the city of Gary’s eastside after white flight in the 70s.

Barbara began her career as a high school English teacher and has more than 20 years of experience in various school-level roles in education. Her work with magnet programs started as a MSAP Grant Coordinator managing a magnet implementation plan and budget of a three-year grant for $1.8 million. Her role as an Education Associate at the South Carolina Department of Education allowed her to be instrumental in developing a statewide definition for magnet programs. In addition, she provided technical assistance and professional development to magnet school leaders across the state.

In her current role, she provides support to lead teachers of 40 magnet programs by assisting with program design, implementation and sustainability. Most recently, she spearheaded a magnet program evaluation process by working with NIMSL to ensure magnet program accountability. Under her leadership, magnet programs in Richland Two have received numerous Merit of Excellence and Distinction awards, the National Principal of the Year award, and most recently the National New and Emerging Merit Award of Excellence. Richland Two is second behind Miami-Dade for the highest number of Nationally Certified Demonstration magnet schools.

Barbara has served on MSA’s Legislative and Regulatory Policy and Awards Work Groups, been a reviewer for the MSA Teacher of the Year award, and presented at MSA’s fall and national conferences. She has a Bachelor’s degree from Columbia College in Chicago and an Education Specialist degree from the University of South Carolina.