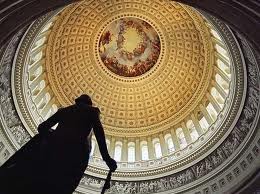 As the leading voice for magnet schools in the nation, Magnet Schools of America represents your interests before Congress, the White House, and federal agencies such as the U.S. Department of Education. In addition, MSA closely monitors and analyzes emerging policy issues that impact magnet schools and communicates this information to our members.

MSA’s Grassroots Action Center provides direct links to your legislative representatives where you can write to not only support program appropriations but share your thanks with them as well for their support of magnet schools. Interested activists, including parents, can even send personalized messages to their elected members of Congress.

Magnets in the News shares stories from all over the country from Chicago and Las Vegas to Charlotte and Fairfield – wherever magnet schools are making a difference and demonstrating success, this resource serves to both inspire other magnet schools as well as celebrate the achievements of local leadership, educators and students. Here you’ll also find the archive of our e-Choice Newsletters, which are created specifically to help members learn more about theme-based magnet programs and the district leaders, principals, and teachers who make them thrive.

We issue Press Releases on issues that directly affect magnet schools are key to generating potential news coverage and sharing MSA messages on a broader plane. Members of the media, local press secretaries and interested individuals can easily access MSA official statements on everything from federal news to national awards.

A “for members only” resource, Magnet Funding Opportunities, takes members directly to links where administrators and educators can learn more about available grant applications. From mini-grants of $250 to cash awards

In an impressive victory for MSA and the magnet school community, the United States Congress and the President agreed to a final budget deal that funds the U.S. Department of Education for fiscal year 2019. The agreement includes $105 million for the Magnet Schools Assistance Program (MSAP). This sustains the $7.35 million increase to the program that was provided last year.

The agreement also carries with it a significant shift on the use of federal funds for student busing to combat segregation. The bill eliminates a decades-old legislative rider that prohibits the use of federal funds for transportation costs for school desegregation. MSA worked with the National Coalition on School Diversity to ensure that this outdated anti-busing provision from the 1970s did not prevent current MSAP grantees from using their funding for school transportation as authorized under the Every Student Succeeds Act (ESSA).

This will allow at least seven current MSAP grantees to continue with their plans to provide federally supported transportation services to students that wish to attend their new magnet program(s).  Without outreach by our members and active representation by MSA in the halls of Congress, this legislative victory could not have been accomplished!

The Every Student Succeeds Act (ESSA)

In a substantial victory for magnet schools across the country, the President signed the Every Student Succeeds Act (ESSA). This legislation will reauthorize the Elementary and Secondary Education Act also known as the No Child Left Behind Act and expand federal support for magnet programs. It reauthorizes the Magnet Schools Assistance Program (MSAP) and allows funding for MSAP to gradually grow from its current level of $91 million to $108 million in FY 2020. In addition, the ESSA will extend the length of the grant by two years and increase cumulative grant funding for successful magnet programs to $15 million.

Magnet Schools of America (MSA) Executive Director Todd Mann stated, “We are very pleased that Congress has acknowledged the value and need to expand magnet schools in our public education system. The continuation of this crucial support will help countless school districts create new innovative theme-based magnet programs that will prepare our students to live in diverse communities and flourish in an increasingly competitive workforce.”

In addition to reauthorizing the program, the ESSA makes several strategic changes to (MSAP):

The ESSA emerged after months of bipartisan negotiations and is the combination of two bills that were passed in the House and Senate over the summer. MSA is optimistic that by passing this legislation, America’s public schools will be able to move out of an era of testing and sanctioning. This action will also help stem the tide of growing resegregation occurring in our classrooms and ensure that all students are provided with equitable educational opportunities.