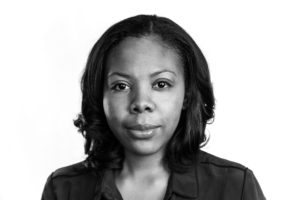 Maya Rhodan grew up in the Southside of Chicago, Illinois. She began her magnet school career in elementary school at Murray Language Academy, a K-8 magnet school offering French, Japanese, Mandarin, and Spanish Language studies to its students.

Maya fell in love with the art of story-telling at a young age and attributes the development of the narrative voice she uses today, in part, to her high school literature, language, and journalism classes. In these classes, she says she felt she had the freedom to experiment and to grow as a writer.

She ascribes her success in college and beyond to the general foundation laid by her magnet school educational background. In our conversation, she expressed that she benefited from both the academic rigor of her high school and the diversity of the student population. 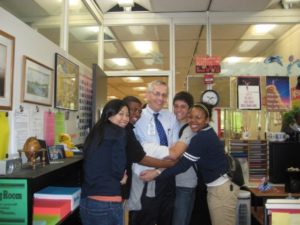 Though Whitney M. Young is not a theme based school, the high school is known for its academic focus. Maya explained that many clubs and after school activities were available for almost any interest imaginable. Maya also noted that she had a chance to take a wide selection of courses including creative writing, law, and journalism. She felt that between the course offerings and extracurricular activities, students at Whitney had numerous opportunities to explore potential careers and fields of study. In fact, Maya discovered her own calling in the classroom.

She explained, “My 8th grade English class sparked my passion for the art of storytelling. From there on I used every opportunity I had to take English classes and these classes gave me the freedom to write in different ways and develop the voice I write in today. There was a lot of freedom to develop in school and outside school at Whitney M. Young.“

Not only did Maya feel that the academic rigor of her high school experience was inspiring and challenging, she also felt that her primary and secondary school experiences taught her how to engage with students from different socio-economic and ethnic backgrounds than her own.

The Impact of a Diverse Educational Experience

Maya explained that though it was not something she actively thought about at the time, in retrospect she realizes how diverse, accepting, and open her high school was and how much this helped her when she went to college. Howard is a historically black college or university (HBCU). However, the student population is incredibly diverse in nuanced ways. Maya felt well prepared for the differences she experienced among her peers in college mostly because many racial and socioeconomic backgrounds were represented in her high school. She says, “Attending Whitney Young was a privilege both because of its great legacy and because of the unique ways it formed my thinking moving forward.”

Racial diversity in her high school was very well-balanced and normalized in the classroom, which Maya mentioned is hard to do in Chicago, a fairly segregated city. She also mentioned that she felt Whitney represented different types of diversity well. When she attended, the school had a strong representation of disabled students, and a strong integration program for students with learning disabilities. The school also offered clubs for various cultural groups and even had an LGTBQ student group. By offering these types of activities and groups, the school created a safe space for students and encouraged understanding among students from varying backgrounds and identities.

Maya made it clear that though she cannot speak for every students’ experience at Whitney M. Young, in her experience, “any form of self-expression was accepted and it felt like the school said to students, ‘whoever you are, you are welcome at Whitney M. Young.’ There were efforts to create safe spaces for every type of person who attended my high school.” Maya’s testament speaks to the value of diversity and the importance of acceptance in the classroom.

She also took the time to offer her advice on how magnet schools and schools in general can better serve students in the future. 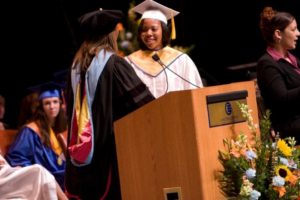 Maya felt that high school experience was overwhelmingly positive, but if she were to improve any aspect of her schooling she might start with her sense of civic duty. In light of the recent election, she said, “I think that there are some general things that you won’t learn as a high school student and that you can’t learn as a high school, but I do wish schools could instill a stronger sense of civic duty in students. I wish I would have gotten a better foundation in civics. There seems to be confusion around the election process and other basic aspects of politics. I wish more students had a stronger understanding of these issues.”

Maya’s career successes and her positive perception of her education speak to the strengths of magnet schools. Not only did she spend the majority of her primary and secondary education in magnet schools, but so did her two brothers. Her oldest brother is a web producer for Ebony Magazine in NY and he also runs an online shop. Her second oldest brother is a mechanical engineer; he works for a medical device company in Indiana.  All three Rhodan siblings found a strong educational foundation in the Chicago Public School System and as a result, they are all progressing in their wide-ranging careers.