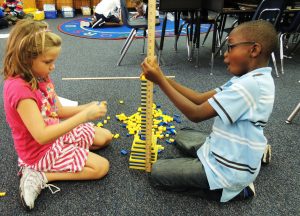 2016 has been a busy year for the students, teachers and leaders of Douglas L. Jamerson Junior Elementary School (DLJ) in Pinellas County. The school has earned a number of awards, including MSA's School of Excellence Award, they were named the top Elementary STEM program in the nation by the Future of Education Technology Conference, they are a National PTA School of Excellence, and they have also been named a Five Star School by the Florida Department of Education.