FOR IMMEDIATE RELEASE August 25, 2021 — Magnet Schools of America (MSA) has named 10 Nationally Certified Schools and 19  Nationally Certified Demonstration Schools, bringing the total number of national certified schools across the country to 187. As leading examples of magnet school excellence, these schools provide outstanding learning opportunities for their students, and join […]

Magnet Schools of America (MSA), the national association of magnet and theme-based schools, announces the nationally certified magnet schools for 2018. 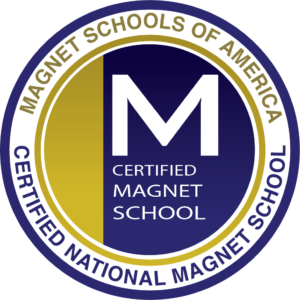 A Journey Toward Certification

In 2012, a group of Magnet Schools of America's board members, and volunteers from the membership, took on the task of examining the MSA five Pillars and drafting the Standards of Excellence. Through thirty-six months of drafts and a certification pilot study with six membership districts, the final ten Standards of Excellence were presented to the organization's membership. The purpose of these standards was to drive the process and work for becoming a nationally certified magnet school. Each of the standards have several performance indicators with a rubric that allowed schools to measure their status against exemplars.